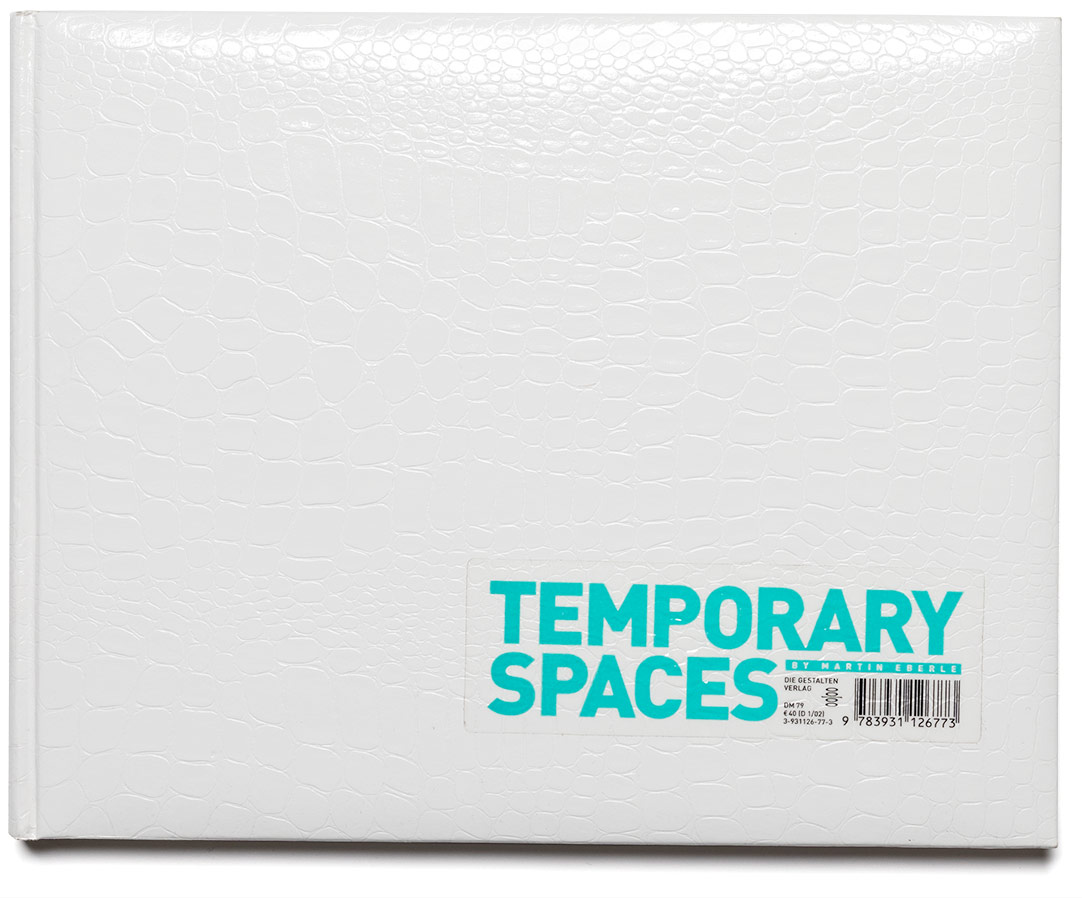 Berlin's club scene is an international benchmark for improvised coolness and defined by its software: people, fashion, music, performance and drama.
Spanning over a period of 10 years, Martin Eberle's stunning photographs are the first to document of these locations as they really are. By radically reducing them to their hardware, the empty space, juxtaposing run-down facades and lovingly crafted interiors (from improvised to hysterically glamorous) with architectural brutality, he perfectly captures their legendary, ramshackle hipness.

Filling and contrasting this vague unreal, static void are personal anecdotes by well-known promoters and club patrons who have already "collapsed in pretty much every corner".

Encased in tactile white reptile print, Temporary Spaces simultaneously serves as the nostalgic documentation of a spectacular era, a personal photo album and an uneasy declaration of love for the transience and enthusiasm reverberating in the clean accuracy of these pictures. 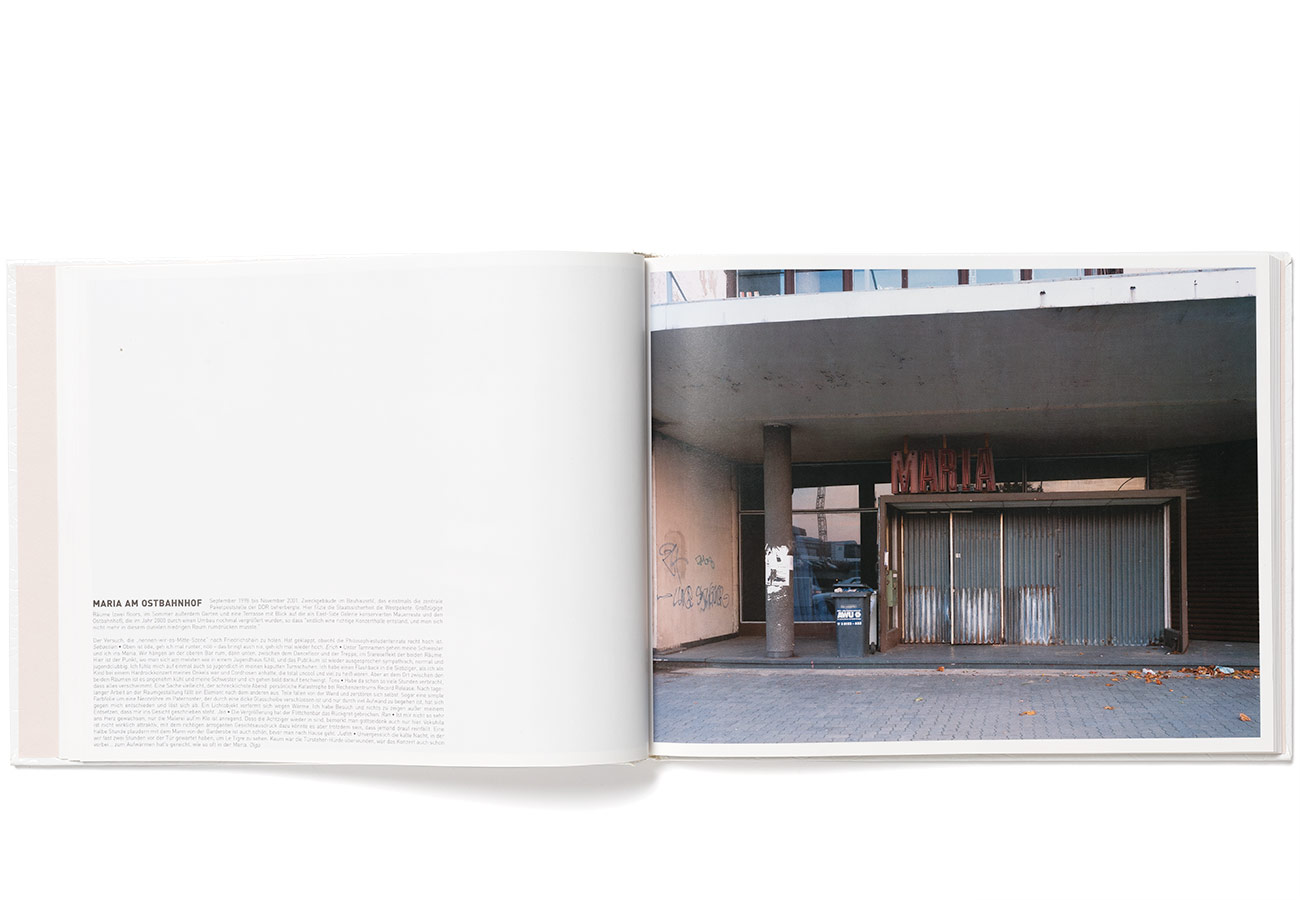 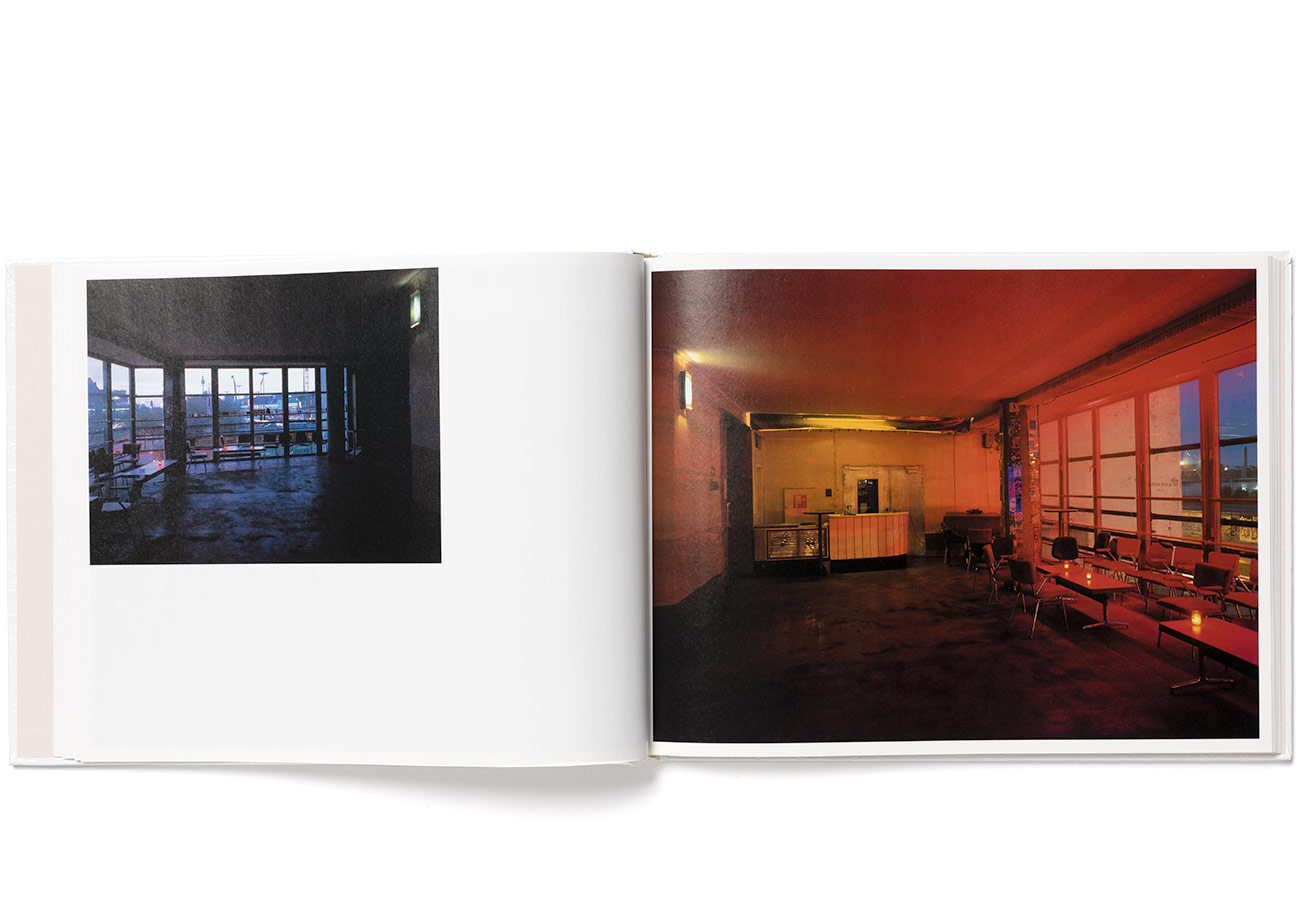